Serving as a preview to the Toronto-based artist and multi-instrumentalist’s forthcoming debut album, ‘Lonely Club’, ‘champagne’ achingly peels away Amir’s desire to ditch the bubbly in favour of dancing alone with his broken, pained heart. His authenticity as a melancholic man of sadness comes to life on the track, giving us a one-way ticket into uncharted loneliness.

On “champagne,” Amir takes creative licence, carving his own unique place in the rhythm and blues world. Dripping with charisma and eloquence from every note, his falsetto pierces the heart, while breathless runs solidify his dedication to drawing in the listener and holding them captive.

Heard across CBC, Netflix’s Cobra Kai, Disney’s PJ Masks, The Young & The Restless, Spotify’s New Music Friday, and more, he has also headlined the “We’re Funny That Way” LGTBQ Festival, Youth Day at Yonge & Dundas Square — as well as being featured as a singer/songwriter at the Toronto Pan Am/Parapan Am Games, and performer, songwriter, and co-producer for ‘Rapid-Eye Movement’ at Nuit Blanche and Summerworks Festival.

Enduring years of closed doors, homophobia, and fighting for artistic integrity only fuelled Amir Brandon’s creative fire, inspiring a striking sense of vulnerability and confidence in his songwriting. After much experimentation, self-discovery, and reinvention, his music stands as a testament to his resilience in the industry.

“champagne” is available now. Lonely Club is available Summer 2021. Check out the music for the single below…

SCOOBY JONES‘ debut single, ‘How The Hell You Make A Man’ stops you in your tracks. It’s like hearing Gnarls Barkley’s ‘Crazy’ or Ben Pearce’s ‘What I Might Do’, Drake’s ‘Passion Fruit’ or some other blissful earworm you just knew was an instant classic able to stand the test of time which you would be playing on repeat for years to come, with no fear of growing tired of it.

Described on the YouTube video in hashtag speak as #Ibiza #Poolside #House you quickly get the vibe we’re heading for, but this does also bare the hallmarks of a deeper, hugely intelligent artist at work. The lyricism and wit of Sleaford Mods comes to mind, and there is that dash of British punk about Scooby’s swagger, but essentially this purest of soul voices able to see with his voice what you’d only imagine Stevie Wonder sees with his inner vision is just a thing to behold, whilst his co-conspirator, producer and multi-instrumentalist Ben Jones (Kelly Rowland, Tinie Tempah, Lalah Hathaway) locks us into a heavy groove.

What’s very exciting is Scooby Jones is just a man. A very talented one, nonetheless who is currently working on a solo album which promises even more. Based in South London and perhaps a tad familiar to some having been around the music ether for the past decade popping up on funk tracks featured on 6 Music and Radio 2 due to his insane vocal abilities and lovable nice guy personality, working behind the scenes as a songwriter with artists such as Swedish House Mafia, Artful Dodger and Chaz Jankel (Ian Dury and The Blockheads) and also touring alongside the likes of Black Eyed Peas, Ice-T, Ed Sheeran and Alexander O’Neal.

A stalwart of the London live music scene since 2008 as curator/host of one of London’s most beloved ‘open mic/jam nights’, where only the best of the best would generally make their way to the stage. Scooby now divides his time between making music and directing music videos, including the video for this momentous debut single ‘How The Hell You Make A Man?’ which is out now with various remixes due for release throughout spring/summer 2021.

With his previous single ‘P.O.P (Hold It Down)’ garnering strong support and rave reviews in the few weeks since its release from tastemakers such as BBC 1Xtra, KISS Fresh, Capital Xtra, Notion, Noctis Magazine, GRM Daily, Mixtape Madness and Link Up TV, Manchester rising star SVMI is not resting on his laurels and is circling right back with a new offering titled ‘MILAN’, which is produced by long-time collaborator LiTek (Rag’n’Bone Man, Bugzy Malone, Central Cee) and will lead up to the release of his debut EP with NQ Records titled Ma Mood on June 25.

Speaking about the inspiration behind ‘Milan’, SVMI says, “the track is me wanting to get out of town to escape the drama and negativity. I was tired of people getting onto me for doing music, and you can hear me responding on the verses. There was a lot going on when I made this song, from girl trouble to dealing with jealousy and spite, and the track perfectly captured my frame of mind. I wrote the song just when I was making that transition into being an artist and that’s not as easy as people think. Sometimes you just want to drop everything and fly away”.

Having broken into the scene in Manchester as a teenager creating captivating music videos for the likes of Aitch and Izzie Gibbs, SVMI began making music himself a couple of years ago and has already amassed nearly five million plays, bolstered by his breakthrough single ‘Bait Lies’, which blew up last summer, as well as fan-favourites ‘Old Friends’ and ‘Timeout’. Championed by tastemakers, critics and fans alike, SVMI is not only one of Manchester’s new rising stars pushing the Northern music scene forward, but he is also proving to be one to watch in UK music for 2021.

Check out the video for ‘Milan’ below…

After staying quiet for the first few months of 2021, Yung Trybez and Young D – aka Canadian indigenous hip-hop duo SNOTTY NOSE REZ KIDS (SNRK) – are back with a deadly new track…

When CNN was reporting voting demographics during the past presidential election coverage, they decided to call the section of Indigenous voters ‘Something Else’. Indigenous Twitter and TikTok blew up with outrage, but also a reclamation of the term by turning something negative into a positive using humour and truth. The community was able to look on the bright side despite media outlets’ failure to recognize them as human beings.

Check out SNRK’s ‘Something Else’ below…

Carving his own lane in rap music as the son of a legendary emcee of arguably one of hip-hop’s most recognizable brands is no easy feat. But Staten Island native SUPREME is more than ready to take on the task, with a brand new EP Love Jones, set to release this summer. The project’s lead single, ‘Thug Thizzle’, a super smooth joint which anthems taking life’s ups and downs in your stride.

Speaking on the release, Supreme say: “‘Thug Thizzle’ is basically me saying ‘I’m going to be alright with whatever life throws at me. There was a time in college- around the end of my sophomore year at Morgan State -where I wanted to drop out. I felt regretful, like if I never went to college I would have already been progressing in my music career. The only reason I went to college was to be a role model to my younger sister, and to make my mother proud. I was the only one in my immediate family to go to college. When Nipsey Hussle was murdered, I gained a new perspective. It’s like it took for his passing to put me back in my place. That’s when I started writing ‘Love Jones’. I started merging music with school work, and I started getting A’s.”

Based on the importance of relationships with family and loved ones, the Love Jones EP takes an honest approach, addressing relationships with his mother, brother, and even his complicated relationship with his father (woven throughout the project are recordings of real phone conversations between Supreme and his father, Ghostface).

Check out the first release from the upcoming set below… 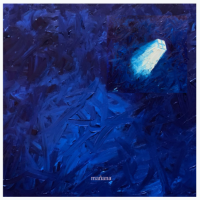