Nickelodeon’s singer / actress LIZ ELIAS joins forces with Flo Rida for her new single, At Night.  Using a sample from the Ghost Town DJ’s, My Boo, the smooth banger is her first release since signing with Ted Lucas’ (CEO of Slip-N-Slide Records) new imprint, 305 Music and his partnership with Atlantic Records.

In 2013, she scooped a guest star role on the web series, Hit Streak, as Lourdes, directed and produced by Eric Foster, before landing the role of Mia, on Nickelodeon’s award winning show TV-series, Every Witch Way in 2014.

Now 2016 sees Liz taking her singing career to new heights by working with 305 Music and Atlantic Records with this brand new project, which showcases her unbelievable vocal range – go and check it out! 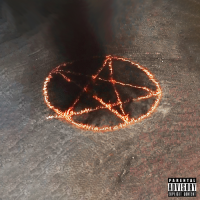