Love hip-hop with aggressive rock? Well here’s a treat for you! Today’s song is Out of Self by St. Louis -born  experimentalist  DARRIS ROBINS.

From a very young age, Darris started experimenting with different instruments and his love for music lead to a place in a band at school…and a golden opportunity to met JETRO, a band player of the great late WHITNEY HOUSTON. Armed with some serious mentoring from JETRO, this hip-hopper makes no apologies for his fusion of hip-hop, funk and aggressive rock. He went on to release his album, My Beautiful Dark Freshman in College back in 2012, which highlights moving away from home for the first time and meeting new people. The 14-track album earned him local and national exposure plus  raving reviews across the web.

Now have a listen to Out of Self. This track truly displays his well-honed fusion of explosive hip-hop, funk and seriously aggressive rock – it’s truly MIND BLOWING.

If you’re feeling this track, why not you show your appreciation and connect with him on Twitter @darrisrobinscom 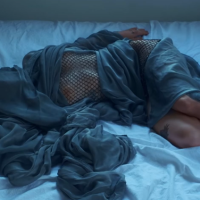