Alabama native RAY RIZZLE  celebrated his birthday last weekend by dropping a new track Blessing. With samples of JANET JACKSON’s classic, Making Love in the Rain, this reflective production displays his undivided love for his daughter and his progression in his rap career. It brings a tear (or two) to your eyes. Check it out! 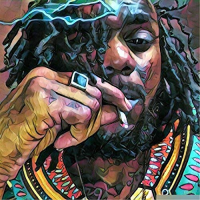