The track blends mellow beats, spacey sounds and jazzy textures with Omar’s smooth vocals, and is taken from KRISWONTWO‘s first full length album, due for release on 14th September through Someothaship. This follows the success of his 2014 collaboration with Georgia Anne Muldrow on her Ms. One EP, which charted on Billboard and was in heavy rotation on BBC 6Music with the support of Gilles Peterson.

This latest collaboration is one rollercoaster of a ride…be sure to check it out.

Today’s song is You Don’t Know  by UK-based dance duo THE BEAT CORPORATION.

THE BEAT CORPORATION is a group of artists that came together to create music with no limitations. Based in Manchester UK, Tyler Daley & Jody ‘Jodz’ Spence are both established producers & songwriters in their own right and share a common goal which is to make House and Garage inspired club music.

The boys came to prominence when their track Elevation was played in a Disclosure & Zed Bias back to back at Warehouse in Manchester. Their biggest profile remixes are for Roy Davis Jr, Omar, Zed Bias, Ghetto n MC Nasty and more. Continuing their incredible progression,  THE BEAT CORPORATION have been confirmed to play at the Glastonbury festival in Bez’s Acid House tent.

Now I’ve brought you up to speed on these guys – now have a listen to You Don’t Know. This is a DOPE  cover of the classic RnB record by 702, originally released in 1999 & became a dancefloor smash in the UK Garage 2step scene shortly after. The 2014 cover features vocalists Alison Bethune & Natasha Sky, whom the Beat Corp both met locally in Manchester. Alison Bethune has been involved in various tracks across different genres, with her vocal often described as soulful and sultry. Natasha Sky is a 22year old singer-songwriter from Manchester. She is in the process of recording her first album which features well known musicians such as Aziz Ibrahim from the Stone Roses & Simply Red.

Lending itself to the current UK House invasion, You Don’t Know promises to be in every DJ’s box in time for the summer, with a powerful remix package to follow soon. 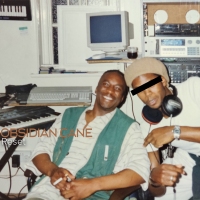