QUINCY BROWN has recently released the video for his latest single Blue Dot in which he pays homage to his famous dad Sean “Diddy” Combs widely popular Ciroc vodka.
In the beginning, smooth R&B singer hops in a taxi driven by a woman that he ends up fantasizing about and has a steamy make out session with in the backseat. After being dropped off at his destination, his walks the room in and catches the eye of every woman in there before he spots a woman covered in glitter on display in a glass case. Quincy circles around the case in awe of the woman and fantasies about kissing her. She then blows him a kiss and then he falls back onto a bed and when he wakes up, he realises it was all just a dream.
It’s a cool one; check out the video
Blue Dot is now available via iTunes. 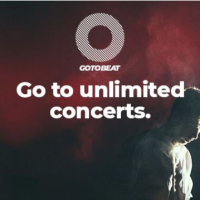