NERU THEE FOURTH FUGEE‘s highly anticipated album, ‘The Almanac’ comes from the back of the Baltimore emcee spending the past four years on the road, opening and performing alongside the likes of The Roots, IDK and Princess Nokia, and projects ‘The Reincarnation’ and ‘Enlightenment Era’ from 2014, both met with critical acclaim.

Produced by the Neru along with her Hippy Trippy Collective, rap rising star Deetranada, Ill Camille and Baltimore newcomer DopeSol –  all who make appearances on the project – ‘The Almanac’ firmly challenges the prospective listener’s musical taste with its transcendental harmonies and trance-like kaleidoscopic melodies, which merges elements of hip hop, neo-soul, funk, ambient and psychedelic music.

‘The Almanac’ is definitely one of those albums you can kick back and relax to after a long day of hard hustle. So when you have the chance sit back, relax and broaden your musical horizons with this set… 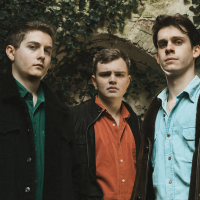