‘LOST’ is Swindle’s first solo release since his 2019 critically acclaimed album No More Normal, that was praised widely by the likes Loud & Quiet, The Wire, Q and CLASH, ‘LOST’ was written last Summer as England’s lockdown lifted breathing new life into a community of artists isolated and able to once again collaborate.

An exceptional stalwart of UK music, throughout his career Swindle has released on a plethora of labels from Butterz, to Deep Medi Muzik, to Brownswood, and collaborated with everyone from D Double E, to Ghetts, to Amaarae, to Mahalia, to Celeste and more. A true sonic chameleon, his efforts has been continually praised across the board with champions in the likes of NME, Resident Advisor, FACT, DJ Mag, RedBull, CLASH as well as major support from BBC Radio 1 tastemakers including Annie Mac, Gilles Peterson, Mary Anne Hobbs, Target and Clara Amfo.

Expect more music and news coming from Swindle very soon…but for now, have a listen to ‘LOST’ below… 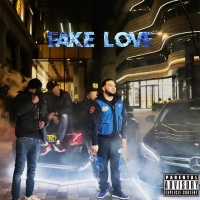