AMANDA FRANCES is a post-pop artist, songwriter, videographer and Web3 innovator hailing from Toronto. The multidisciplinary artist is also COO of Sadboy Records, one of Canada’s fastest growing indie labels.

Frances has quickly turned heads with her razor sharp wit and glitchy pop productions. Featuring cheeky one-liners, her single, ‘making out with vampires came to light after she learned what love should, and shouldn’t be, and how to protect her own energy.

With a six -track visual album set to drop this year, Frances demonstrates a drive to innovate by dropping her genesis NFT project with decent.xyz for the upcoming debut EP, attachment theory, produced by JUNO-nominated producer, Father Bobby Townsend.

Have a listen to Amanda’s ‘making out with vampires’ below…

Responding to feelings of social isolation and the double-edged sword of digital connectivity, ‘Never Felt So Alone’ is the third single from CAPTIONS OF IMAGINATION‘s full EP Fingerprint.

Straight outta Geneva, Switzerland – who are often compared to a modern incarnation of the Fugees or the Black Eyed Peas – this trio combines rapping, singing, and musicianship with both distinctive lyrical content and their own vibe.

Taking a step in the direction of combating taboos around mental health, vocalists Imagine, Dr Koul and Evita Koné lead by example by sharing their angst instead of bottling it up. French beatmaker Josra constructs a sonic atmosphere built around vibrating basslines and strident synthesizers, backed by British violinist Julian Azkoul’s urgent bow strokes.

Musically, the song goes beyond its subject matter, as ‘Never Felt So Alone’ is as catchy and danceable as its music video is stylish and entertaining. Check it out below…

SPRTYK (Sporty K) is the epitome of a modern-day ‘jack of all trades’. The New York based rapper continues to make ground-breaking moves and is ready to crank up the temperature for her latest offering ‘Projects Heat’.

SPRTYK uses this track to emphasis her unorthodox style and flow, the production by Nephew Hesh, who has worked with artists like Westside Gunn and Mavi, creates the perfect canvas for the stylish rapper to demonstrate her infectious sound. Renowned for her energetic and charismatic personality she effortlessly showcases these elements as she pays homage to living life in the New York projects.

The recent collaborations that SPRTYK is getting involved in speaks volumes to the trajectory of the artist’s career! Known for her entrepreneurial spirit, the talented rapper is stepping into the exciting metaverse to spearhead a project with Budwiser and Gary Vee’s company ‘VaynerMedia’ to release a coveted NFT. This will be revolutionary as it will bring virtual performances, unparalleled content, and diverse social networking, helping SPRTYK tap into her already growing worldwide fanbase. Following this impressive collaboration, the talented rapper is planning to release her own unique NFT drops celebrating creative empowerment and collaborative creativity amongst women across multi-disciplines.

After a successful 2021, SPRTYK is in great standing to take over the music industry. Her last single ‘Bad Temper’ was featured in 5 high profile Spotify playlists including the illustrious Discover Weekly and was picked up by a number of notable platforms such as BBC Radio, Apple Music, KISS FM, Revolt TV as well as various Vevo playlists. The confident rapper has shared the stage with artists like Coi Leray, Mick Jenkins, and many more, alluring crowds with her assertive, and compelling live performances, she recently demonstrated this at her latest set at Boiler Room Festival.

SPRTYK’s momentum extends beyond just music, as the CEO and creative director of STAR CLUB ENTERTAINMENT she has worked and styled some of the most prominent artists and brands in America. Her work roster consists of names like A$AP Ferg, Joey Bada$$, Westside Boogie as well as major brands such as Billionaire Boys Club and Vans. The Bronx based rapper is rapidly becoming an unstoppable force and will continue to break down barriers and boundaries as she takes 2022 by storm. Check her out below…

Somewhere in between the stunning melodies of R&B and the emotional depth of soul, there lies a distinctive sonic formula that stands out as the backbone of MIRAAJE‘s sound. This talented vocalist is all about creating innovative and heartfelt melodies, which set the bar higher in terms of really putting herself out there and allowing her full vocal range to shine.

Her single, ‘Don’t Let Me Go’, is the perfect calling card for the artist, and it is a great display of passion, focus, and excellence at the core of her sound and vision.

‘Don’t Let Me Go’ is highly recommended to fans of artists as diverse as Alicia Keys, Leona Lewis, Beyoncè, and Jennifer Hudson. Much like these aforementioned icons, Miraaje’s foray into the R&B genre is all about bringing so much personality to her vision, giving the audience a taste of something different, while still staying true to what makes this kind of music so special and unique. Check out this great talent below…

Rising rapper ATO returns to share a special new remix of his introspective banger ‘no caroline’ with added fire from British-Nigerian artist, rapper and songwriter FLOHIO, landing alongside a fresh docu-style video shot in sun-soaked Leeds and London.

The three-minute production was shot between North-East Leeds (Chapeltown/Potternewton park – the neighbourhood where ATO’s dad lived when he was growing up) and around west London (the first area he lived when he moved to the city at 18), both areas feel like home and provide the perfect visual texture for the rebirth of this track filled with real moments that make up life for ATO. In a serendipitous moment of full circle following the original single taken from ATO’s 2021 EP Side A via MCMXCV that saw him open up and deep dive into his own emotional shortcomings rooted in his experiences, Flohio’s lyrical addition delivers a strong statement of self belief backed up by refresh of ATO’s hook.

Speaking on the remix, ATO says: “When No Caroline was first made, there were a million ideas for which direction to take the song, so a remix felt inevitable. I wanted it to be in the same world of the original but with a new dynamic, to make it feel more like a rebirth than a remix. I’ve loved Flohio’s music for a minute! I believe she is one of the most unique and authentic artists in the UK. Putting Flo on the first verse felt like a natural way to kick off the song with new energy. Once Flo layed her verse, we started looking at ways to tie the new dynamic together. Following Flo, it felt like the hook needed something new. We came up with a response melody that was initially intended for me. Eden ended up laying down the demo and it just felt great, so we kept it that way. This approach captures the process of making the remix: being open minded to completely fresh ideas.”

Leeds-based and of British-Ghanaian-Danish descent, ATO is one of the most exciting new artists on the rise, using his music to reflect on his life and show an alternative side to the London-centric perception of Black Britishness. Bubbling up the scene since his 2019 collaboration ‘falling’ featuring Vic Mensa on his The Fader endorsed EP3, 2021 proved to be his biggest year yet with his acclaimed EP Side A (“Muscle Twitch”, “ziamonds !!”) garnering support from key tastemakers and broadsheets alike including The Observer, The Independent, DJ Target, Crack, Highsnobiety and DJ Mag who nominated him for their Best Of British Awards in the “Breakthrough MC” alongside ENNY, KAM-BU, Nova and DoRoad.

Hailing from Bermondsey, South London , FLOHIO draws inspiration from her surroundings and day-to-day experiences to create a sound that is quintessentially London as it is extra-terrestrial. Since exploding onto the scene in 2018 with her high-octane COLORS performance of ‘Bands’, the South London native has since cemented her status as an unpredictable talent who is as exhilarating as she is impossible to pigeonhole.

Check out the official video for ‘no caroline’ below, directed by Eve Mahoney. 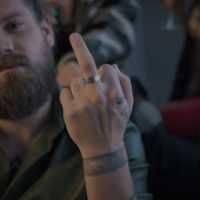 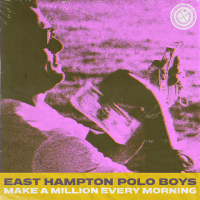 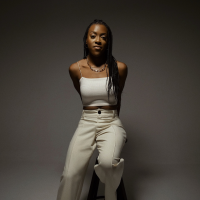 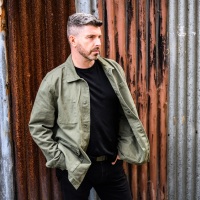 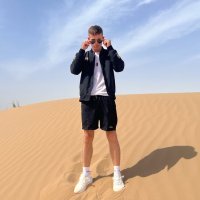