When dreampop blends with hip hop, how does it sound? North Carolina’s indie pop outfit THE MYSTERY PLAN and rapper BIG SUPREME show us just how beautiful and deep it can be. ‘Silver Lining’ is the lead track from their latest album ‘You Also Have Eyes’, co-produced by the legendary John Fryer. The new chill video sees these two artists joins forces amidst high cocktail hour.

Big Supreme says “I was truly in a period of stagnation musically… When I heard the music The Mystery Plan had put together, I just let it play and let the spirit speak through me. What came out of it was a message of hope for 2021 and beyond… at the end of every struggle in life, there’s a silver lining.”

Check out the official video for the banging single below…

If you’re regular passer by on the blog, the name REDD TUNES must ring a bell as he has been featured countless of times with EPs that takes you back to the golden hip-hop/boom-bap era.

As always, Redd Tunes pulls a stellar line up for his releases and his project, ‘Rhyme Slingers’ is no exception, as the guest artists gives some extra swag to the irresistibly melodic productions which, at times, takes on a old school soulful favour and modern psychedelic sound. New recruit, Isis Aset, gives off a blazing vibrancy against the woeful violins, creating an almost classical sound in second effort, ‘Crisis’. Old staple Cubian Pete, offers up his unapologetically Londoner flow in ‘Blurrr’.

As well as producing the project, the man himself teamed up with fellow veteran emcee and long-time collaborator TJ Chill for track ‘Pioneers,’ a smooth hip-hop/boom bap piece accompanied by sporadic runs of the piano keys which serves as the perfect platform for both taking turns to showcase their ballsy delivery.

Although this neat set of just seven tracks holds a very similar golden urban sound, Redd Tunes’ Rhyme Slinger, to me, also bursts with a fresh and boisterous sound that begs attention. Check it out below…

The track represents another bold progression for multi-hyphenate act Callie Reiff who has been making waves this year with a string of impressive singles. On ‘Heart Ain’t Safe,’ her soaring soundscapes and hypnotizing beats provide a cinematic base for Kaeyra’s soulful vocals — it’s the perfect example of Callie’s signature ‘indie-club’ sound, which she describes as a fusion of “pop/indie-forward vocals and New York club energy production.”

“‘Heart Ain’t Safe’ is about that one person who is always in the back of your mind. Wherever you are at, you know if they were there you would ditch the party to be with them,” Callie says. “I tried to mimic the lyrics with a somewhat dark feeling bassline, intense drums, and an energy that makes you want to be in the middle of a dark rave dancing with all of your friends.”

Acclaimed producer MARCUS JAMES and esteemed duo RYYZN, have released the stripped version of their collaborative EP, ‘Warning Sign’ out now via Physical Presents. For the original EP, the team was supported by tastemaker Youtube channels Sensual Musique and Cloudx Music as well as features on major Spotify playlists such as Cardio, Tropical House, New Music Friday and Mint Canada and collected just under 1.4 million plays across streaming platforms.

The title track of the revamped EP immediately marks itself one to watch. ‘Warning Sign’ opens with bold brushstrokes of the elegant grace of a piano and intimate vocals from RYYZN. Introducing an accompanying acoustic guitar and a deep intimacy, the three have managed to diversify themselves – proving their worth with both upbeat dance music and the slow tempo. An underlying “emo” atmosphere appears throughout both EPs, tying the two together with more than just lyrics and creators but an important sentiment of expression, much like the works of Dayglow, My Morning Jacket, Jacob Lee and Vance Joy.

Born and based in Vancouver, Marcus James (pictured far right) is well-known for his collaborative works, having worked with the likes of multi-platinum selling artist Trevor Guthrie, remixed Dylan Matthew’s ‘Saturday Night’ as well as Warped Tour bands Anarbor and Courage My Love. The producer has also shared stages with the likes of Robin Schulz, 3LAU, Lost Frequencies, Zeds Dead and many more. The rising star has received support from the likes of Your EDM, EDM.com, EARMILK, MrRevillz, and Tropical House Records, Vancouver Sun, Substream Magazine and HERTZ Mag all of which has contributed to his noteworthy play count of over 7.4 million streams across platforms.

RYYZN is a Vancouver-based duo comprised of David York and Jessie Elias who come from Calgary and Saskatoon respectively. The pair have received significant attention on streaming platforms with features on the tastemaker Youtube channels Audio Library, MrRevillz, AirwaveMusicTV, and ChillTracks as well as appearing on the Spotify playlists for New Music Friday: Canada, Indie pop & chill and Fresh Finds. As a result, RYYZN currently sit at an impressive play count of well over 11 million. 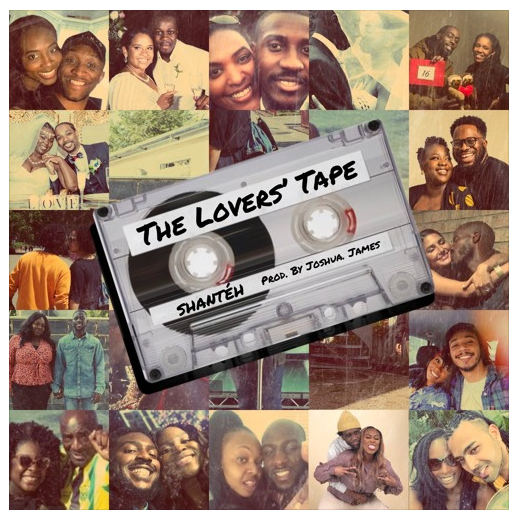 What meant to be a standalone track to be release on Valentines Day, singer/songwriter SHANTÉH and producer JOSHUA. JAMES’ new EP, ‘The Lovers’ Tape’ was quickly turn into a four-track project that was written, recorded, mixed and mastered in four days (yes, four days!)

Bringing all angles of a love story to the table – from building trust, to an untimely separation, then from re-exploring the idea of a relationship to finally solidifying a true bond and commitment – ‘The Lovers’ Tape’ possesses a fresh take on 90s Slow Jam – thanks to the warming glow of the background vocals (which takes on a Jodeci-ish vibe in third track, ‘Luvin’ You’), the sombre feel from the piano (featured in ‘Foundations’) and the vibrant guitar plucks, giving off a Afro tone (in concluding track, ‘Meant To Be’). Each aforementioned component are all brought together by an uplifting meaty bass.

There’s no doubt about it that this mini set is definitely for those who love them some good old 90s Sow Jam. I, for one, am really impressed by their quick turnaround on a project of such high calibre – and still have it ready in time for Valentine’s Day. I’m keeping my fingers crossed that the South Londoners will join up for another collaboration. Check out ‘The Lovers’ Tape below… 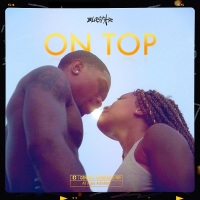 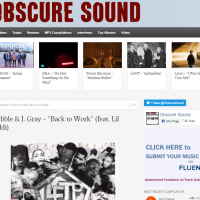 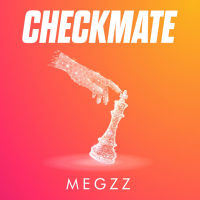 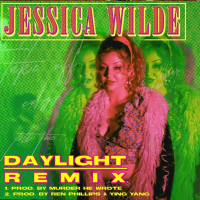 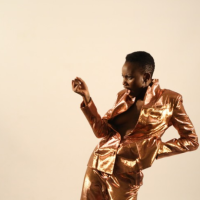 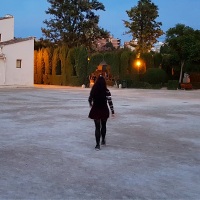