ABUDEDI ZONJON delivers his second official single of the year, ‘We’re Here’, sealed with bundles of optimism to overcome all the disappointment, betrayal and hurt from so-called close ones.

Although this song is very close to this Denmark-based artist’s heart, ‘We’re Here’ serves as an ode to tackle any life challenges. Producer Wakayna adds a magical hit-the-dancefloor vibes, driving the message home to naysayers that you’ve survived any adversities they’ve caused.

The single caught the attention of hip-hop heavyweight Fat Joe, who personally reached out to Abudebi and congratulated him on his hard work on the larger-than-life production. ‘We’re Here’ follows Abudebi’s first single of the year, ‘Biggest Wov’. The rambunctious trap-fused single was inspired by his son’s unmatched, off-the-wall personality.

Starting out his music career in his native country Ghana, Abudebi has shared stages with some of Africa’s biggest names. He also featured on B. E. T Award winner Stonebwoy’s track, ‘More Gyal’ – and Stonebwoy returned the favour by collaborating on Abudebi’s singles, ‘Ponkor remix’ (2015) and ‘Mugun Yaro’ (2016). Abudebi also hooked-up with rapper Sarkodie for 2015 single, ‘Pump It Up,’ before releasing his debut EP, ‘15:00’ in 2017, which features various collaborations from Nigeria, Ghana, Denmark and Czech Republic.

He then moved to Denmark to work with the country’s most respected music figures – the legendary artist and producer Pharfar and Danish reggae/dancehall/hip-hop phenomena, Kaka.

This year saw Abudebi headlining at Denmark’s hottest venues, Musikcaféen and RUST Showcase. There’s no signs of Abudebi slowing down, as he gears up to perform at Ghanaian artist King Promises’ tour on 28th October in Denmark.

Boasting boisterous pick-me-up energy, ‘We’re Here’ is out now across various music platforms. Have a listen below… 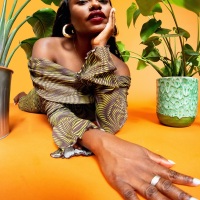 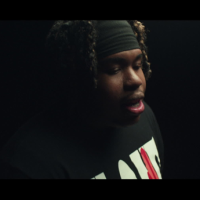 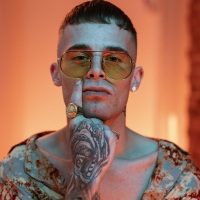