The original song ‘Real Escape’ is seductively gritty/groovy, with a playful flair of the haute couture life. While Disco Despair’s rendition retains the masculinity of the original track, it has an added sensuality that almost feels like a dance between partners.

The single follows the release of his debut effort ‘No Stranger Thing’ with remixes by Louis La Roche and Pages with the later released via French music and fashion label Kitsuné. Under his new moniker NICOLAAS, Rob Bakker has already garnered support from Clash Magazine, Earmilk, Mr Revillz, New Retro Wave and Luigi Donatello.

Check out Disco Despair’s remix to ‘Great Escape’ below: 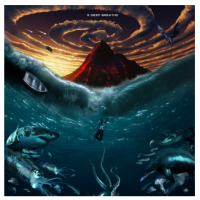