Produced by three-time Grammy Award nominee Armando ‘Mandobeats’ Colon, who has previously worked with the likes of Shaggy, Busta Rhymes, Lil Kim, Cam’ron and Fat Joe, with live bass and guitar arrangements from Ralph B. Stacy (Luther Vandross, SWV, Dru Hill), ‘More’ stands out as a timeless R&B slow jam, which is held together by LENNY HAROLD’s striking tenor and smooth vibrato, and honest and relatable songwriting about wanting more for and from a love interest.

The accompanied visuals see the smooth crooner collaborating with fast-rising cinematographer and photographer Richard ‘Parlay’ Copier of OneiPhotography, to create a storytelling masterpiece, which not only brings the record, which is already hailed a timeless R&B offering all by itself, further to life, but tells its own story of a woman stuck between trying to leave a life of pain and abuse behind, and the fear of leaping into the unknown with someone new.

Counting the likes of Quincy Jones, Marsha Ambrosius and Jamie Fox as fans, and with three critically acclaimed R&B projects already under his belt, before he released last year’s well received ‘Cosmic’ album, LENNY HAROLD is coming into 2019 as one of the best pure R&B talents out of America today. The rest of the year will see the New Jersey native embark on a short run ‘Cosmic’ tour across the US, along with the release of more visuals from the album, starting with ‘Heat’ in February.

Check out the video for ‘More’ below:

Ahead of the release of his EP, Over Everything, AMIR DRIVER covers Fat Joe & Remy Ma’s latest hit All The Way Up. Floating over the newly released single, Driver gives reason why he feels he’s in Virginia’s discussion of top artist, mentions local award show snubs & displays lyrical dexterity with entertaining flair.

Over Everything is out now on iTunes…but before you go, check out the video to All The Way Up 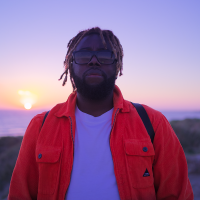 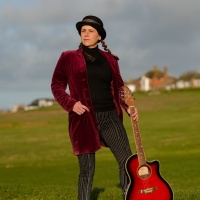