Emerging French-Cameroonian hip hop artist MIKANO, latest cut, ‘It’s Alright’, is the second installment from his forthcoming mixtape, ‘Melting Balloons’, planned for release in Spring 2020, and is the follow up to the recently released pop-driven, Afrotrap single ‘Silhouette’, which saw support from the likes of Discobelle and Marie Claire.

The new single reveals a different side of the rapper, while ‘Silhouette’s’ introspective lyrics celebrated the female beauty in all its diversity, in Mikano’s own words: ‘It’s Alright’ is “a party song about hype girls in clubs looking for that star life. Even though what they’re doing can be frowned upon, who are we to judge? It’s alright, girl do you”.

The compelling visuals accompanying the single directed by Juliette Labrousse, the emerging directing talent expanding the narrative horizon of the new French music scene with unique music videos for Fang The Great, Dona and Noe’, explore the dark side of our human nature through metaphors.

With ‘It’s Alright’ and a debut mixtape on the way, Mikano is set to become one of France rising hip hop stars and on to watch closely in 2020. Check out the video for single below… 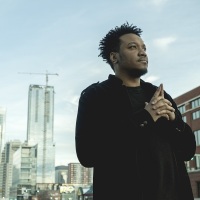