Newly-signed Capitol Records hip hop/RnB artist 3BREEZY shares the video for ‘Message To Her.” The record, self-released by 3Breezy last November, already has 2,817,445 views, and overall in his short career 3Breezy has amassed nearly 25 million streams in the U.S. alone.

On ‘Message to Her,’ Breezy tells the story of a woman who’s been neglected by her lover. Alternating between the woman’s perspective and his own, Breezy offers words of encouragement that are as tender as his vocals. Inspired by a direct message he received from a fan who wanted him to sing a story she couldn’t tell on her own, the song is both a literal embodiment of his mission to provide musical therapy for fans across the globe. The comments most shared from listeners are how the felt every word and that the song hits hard, As Breezy prepares his new project, Catch a Breeze, he’s just at the beginning of exploring this sensitive side of himself more fully.

3Breezy has only been making music for around a year, but already has a growing legion of fans ensnared by his crooning, hazy confessionals, and uplifting aphorisms. Raised in Pennsauken Township, New Jersey, he grew up surrounded by sisters and aunts and did a lot of listening, the background soundtrack for ‘Message to Her’ and his understanding of both a man and a woman’s perspective — a born shoulder to lean on.

Gifted with a reassuring baritone and the empathy of someone who listens more than he speaks, 3Breezy colors in tales of heartbreak and healing with smoky melodies and wide-eyed sincerity, creating optimistic anthems for lost souls in search of happy endings. After debuting his first song in October of 2020 he began a consistent pattern of releasing singles and his debut mixtape “Murda She Wrote”. His sincere lyrics and detailed story-telling quickly captivated audiences across Tik Tok, YouTube, & locally. Through his music 3Breezy hopes to uplift, empower, and spread positivity through crooning his hazy confessionals, and uplifting aphorisms. 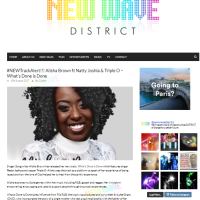 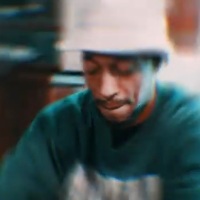 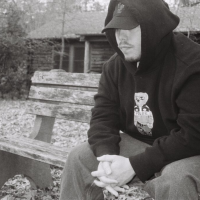 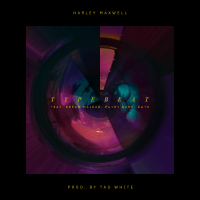