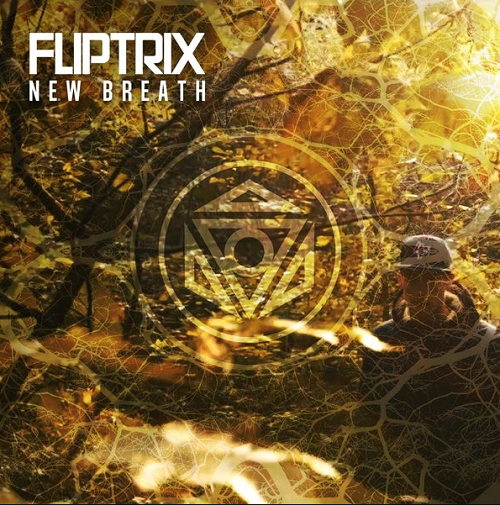 As one of the leading lights in the thriving UK hip hop scene, last month’s announcement of FLIPTRIX‘s album release for ‘INEXHALE’ caused a riot of excitement. Already teasing us with the video releases for album tracks ‘It’s Like That’ and ‘Bagging Up Music’, the conscious emcee now launches into full album mode as he drops the Chemo-produced single ‘New Breath’, premiered by DJ Target on BBC Radio 1Xtra.

With his trademark mellow tone FLIPTRIX takes us on a luscious melodic journey, delving into a variety of flows as his lyricism explores purpose in life and the social constraints around us on a daily basis.

After revealing the full tracklist for the album this week, which is produced by Chemo, Molotov & Joe Corfield, fans and music critics are itching to hear as much as they can before the album is officially released on 24th August. With UK Hip Hop royalty Skinnyman, Ocean Wisdom, Capo Lee, Coops, Carmody and more all featuring across the 16 tracks, the album provides new talent, varying genre flavours and highly respected pioneers of the UK sound.

‘New Breath’ was released on his own label High Focus Records, which has grown to be the biggest independent Hip-Hop label in the UK over the last 8 years, being home to Rag’n’Bone Man’s early projects and most recently achieving an independent Top 40 with Ocean Wisdom’s Wizville album earlier this year, FLIPTRIX has released a staggering 7 projects since 2007. He is also a member of super group The Four Owls, who dropped 2 of the most classic records in UK Hip Hop history (‘Natures Greatest Mystery’ in 2011 & ‘Natural Order’ in 2015) and have successfully toured the world numerous times and collaborated with the legend DJ Premier on the monumental ‘Think Twice’ single.

Check out the video for banger ‘New Breath’ – and if you’re in the London area on the 26th August, be sure to catch FLIPTRIX headlining his show at Jazz Cafe.

Hot off the heels of the scorching Joe Corfield produced single ‘It’s Like That’, FLIPTRIX is back with a different flavour for new track ‘Bagging Up Music’, the second release from his forthcoming project ‘Inexhale’. This Chemo produced banger deviates from the usual boom bap sound we are used to hearing from FLIPTRIX, bringing in together haunting melodies and skippy hi-hats allowing the fierce emcee to do what he does best.

In partnership with the legendary Jazz Cafe, High Focus Records is proud to announce that on the 23rd of August 2018 they will be celebrating the release of FLIPTRIX’s brand new album ‘INEXHALE’! With FLIPTRIX performing his new works live as well as guest appearances from Ramson Badbonez, Strange U, Jazz T & Molotov this is sure to be a brilliant night as we usher in a brand new masterpiece into his already stellar back catalogue. This event will give fans the a chance to pick up a copy of the album before anyone else as the official release date is the 24th August.

Check out video for ‘Bagging Up Music’….

A no holds barred lyrical shelldown from start to finish over an incredibly smooth Joe Corfield production, ‘It’s Like That’ is the return to the airwaves for FLIPTRIX who released his immaculate ‘Patterns Of Escapism’ LP over a year ago. A word play masterpiece that sits in a dreamlike haze, ‘It’s Like That’ continues to show the multifaceted depths of this hot emcee as the track sees him begin to experiment with varying styles and rhythms that are a step away from his usual boom-bap style; something that is an ongoing recurrence throughout the album as a whole, which he describes as “a breath of fresh air that will hit you like a hurricane.“

The South London rapper become a pioneer and integral part of the UKHH scene. Releasing an impressive 7 projects since 2007, he is also a member of super group The Four Owls, who dropped 2 of the most classic records in UK Hip Hop history (‘Natures Greatest Mystery’ in 2011 & ‘Natural Order’ in 2015), have successfully toured the world numerous times and collaborated with the legend DJ Premier on the monumental ‘Think Twice’ single.

Alongside his artist success, FLIPTRIX is also the founder and director of independent label ‘High Focus’, which has spearheaded the UK Hip Hop movement for the last 8 years, being responsible for releases such as Rag’n’Bone Man’s early projects which set him firmly on course for superstardom, and most recently achieving an independent Top 40 with Ocean Wisdom’s Wizville album earlier this year. The label, which began in 2010, has previously been nominated for best small label at the 2015 AIM awards, whilst its YouTube channel HighFocusTV has gained over 132 Million views and boasts almost 250,000 subscribers.

Continuing his independent reign, FLIPTRIX releases ‘It’s Like That’ via High Focus with the video launching via YouTube. The visuals pay homage to the pirate radio scene that had a huge part to play in the birth & incubation of urban music in the UK as they follow FLIPTRIX taking over London’s radio frequencies guerrilla warfare style. The creative visuals wrap perfectly around the sonics and tone of the record thanks to camera focus, lighting and edits making this piece of original, captivating and quality output a real statement for the ‘Inexhale’ album announcement….check it out… 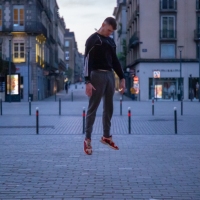