Fresh off her stellar debut single, ‘Ease My Mind (Come Over),’ NIJA returns with a smooth, straight-talking new single, ‘Finesse.’ This time, she has a searing message for an ex who has a way of finessing his way back into her life, despite her best intentions.

In the provocative official video, Nija is entwined in an intimate slow dance with a partner as she delivers an emotional performance of ‘Finesse.’

Before she had even turned 21, Nija had written scores of Billboard Hot 100 hits. Now – at 23 – the three-time GRAMMY Award-winning contributor is gaining widespread acclaim for her own music and relishing in the freedom to fully express herself. The FADER named “Ease My Mind (Come Over)” as one of the “10 songs you need in your life this week” upon its release in August and noted, “Nija’s first foray as a solo artist is a booming, drill production-backed banger that finds her asking a lover to take her stresses away.” VIBE hailed her as “a vocal talent whose sultry tone brings her lyrics to life.” Billboard said, “With a whomping bass and edgy vocals, the star songwriter – who’s penned hits for Ariana Grande and Lady Gaga, Beyoncé, Cardi B, Megan Thee Stallion, Summer Walker, Chris Brown and so many more – now has a standout song under her own name.”

Here’s your chance to check out the Jay Weneta-directed video for the track, produced by Bregma and Jack Rochon. 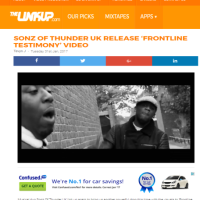