Coming on the back of two critically acclaimed EPs with his No Tourists collective, which have seen him and his crew garner support from the likes of The FADER, Complex, NOW Magazine, COLORS, and Exclaim! Magazine, among others, Canadian Jamaican experimental rap artist LAN’DO returns for the summer with a captivating and hard-hitting single titled ‘16 BIT’ that excellent fuses two sounds and cultures that have heavily influenced his music – grime and dancehall, with his Caribbean heritage shining through his flow and cadence all over the song.

‘16 Bit’ sees Lan’do collaborating with in-house No Tourists producer universes, who offers Lan’do the perfect soundscape for the Toronto-based artist to flex his lyrical muscles, clever wordplay, and immaculate multi-layered flow, as he unloads on the track in braggadocious fashion, exploring themes such as loyalty, friendship, and relationships, while staking his claim for being best-in-class. For the accompanying music video, Lan’do has linked up with long-time collaborator and video maker Kevin Kudu for a dark, gritty, and layered visual that was shot in his homecity Toronto.

Born in Canada and raised in Jamaica, Lan’do’s introduction to music came through his family – from his grandmother singing in the choir, to falling in love with his mother’s R&B collection, to creating his own sounds with his brother in the group Deadverysoon. He has since come together with fellow likeminded Toronto artists to form No Tourists, who have been garnering worldwide acclaim for their experimental rap fusion sounds. With his new solo music, Lan’do continues to push the envelope even further, and showcase just why he is becoming one to watch out of Toronto’s thriving rap scene.

Check out the video for the epic track below… 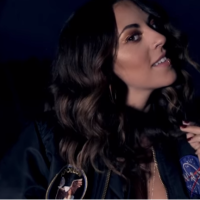 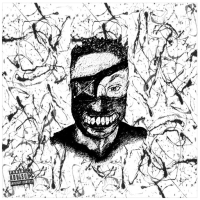