Following a year of uncertainty, burgeoning pop songstress NOELLE is ready to share her music and songwriting with the world. Highlighting the importance of connection, the latest single ‘Therapy’ marks the first release from Noelle’s upcoming debut album (released via Wax Records / Universal Music Canada) that takes listeners on a journey of being there for someone you love through the toughest of times.

Oozing with a dreamy softness and a subtle sadness, Noelle’s tone is pure, gentle and utterly heavenly. Pouring her heart into every phrase, ‘Therapy’ represents an emotive plea to all those who are close to us. Overflowing with Love, this newest offering carries a sophisticated yet powerfully healing message from the 19-year-old artist.

Written by Noelle and David Charles Fischer over zoom with esteemed UK producer Phil Cook (Ellie Goulding, Liam Payne, Lewis Capaldi, Little Mix) and recorded in her parents’ basement studio during quarantine, ‘Therapy’ puts Noelle’s smooth vocals on display, showcasing her unique R&B approach to pop music. Raw and emotional, ‘Therapy’ is a track that noelle holds close as it encapsulates much of her own experience in the storytelling. With the hope of encouraging those that are struggling, ‘Therapy’ reminds listeners to ask for help from those they love, becoming a reminder that there is always someone willing to listen.

Check out the official video for the single below…

Canadian R&B phenom EMANUEL‘s latest single ‘Worldwide’ captures a time when dreams were still dreams – before his music was streamed millions of times around the globe and his talent was admired by fans and critics alike.

Created in his producer/collaborator Bedroom’s basement, Emanuel recalls that the lyrics “floated up to the surface” as ‘Worldwide’ spontaneously took shape: “During that time, we were really dreaming out loud in the way that we would talk about our futures and in the way that we were trying to summon this grand reality. This song was really born from the deep want to take the music to the world.” Years later, ‘Worldwide’ has morphed from a manifestation mantra into a song of celebration and a prayer for the future.

“This past year has been a great learning experience for what it means to really manifest something and be appreciative of the things you’ve been able to uncover and draw from within yourself and make reality,” says Emanuel. “But even though we’ve manifested certain aspects of the song – and that’s a beautiful thing – it still wants to be seen out in its fullness. ‘Worldwide’ is a song of affirmation and it’s become a prayer to be able to continue until all of those goals are met in their completion.”

The dream to connect with people in the cities and countries he sings about is still very real for Emanuel since the pandemic has prevented him from bringing his music to stages around the world. “It’s wild to me how prophetic music can be. I’m still imagining going to those places, smelling the air, performing in front of crowds, and being able to truly live out what the song is talking about: to be able to take the message, the energy we bring, the light we’ve been blessed with; to be able to share that while also being open to receiving wisdom and exporting that back so we can enrich the places we’re in. That beautiful exchange, that’s the heart of it.”

Earlier this Spring, Emanuel was honoured with his first JUNO Award nomination. His critically acclaimed debut EP Session 1: Disillusion has been nominated for Traditional R&B/Soul Recording of the Year which will be awarded at the 50th Annual JUNO Awards this June.

Have a listen to ‘Worldwide below, releases via Universal Music Canada, the country’s leading music company, and Motown Records.

Released via Public Records/Universal Music Canada, ‘Undescribable Feeling’ is a deeply personal song about depressive feelings and the weight of wading through them. Tasha Angela’s voice soars, adding air to the confessional record. Despite the difficulty of the song’s subject matter each verse unfolds as a catharsis resulting in a single that is both somber and uplifting.

In the words of Tasha Angela: “Undescribable Feeling is about pulling yourself out of a dark place. I came home after a bad day, sat at my piano and words began flowing out of me. I hope this song can help others who are feeling down in life the same way it helped me.”

The accompanying music video for ‘Undescribable Feeling’ is choreographed, performed and art directed by Toronto based actor and movement artist Virgilia Griffith. 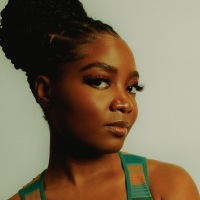