‘All Your Lovin” is taking from Xtof’s Mixtape ‘Damian’, released in June and follows previous track “Ghostin’, which has generated over 50,000 streams on Spotify and received firm support from radio stations across the globe.

Over the past few years, Nigel has been pushing out a string of fresh spins of 90s/noughties soul R&B with Xtof via his label SmokingsForCoolPeople; ‘All Your Lovin’ along with Damian Mixtape cements their burgeoning collaboration.

Singing from the young age of five, Nigel always enjoyed singing and listening to different types of music although his main styles are Gospel, Soul and R&B. He has also been a supporting act for Lemar, Jagged Edge and Basement Jaxx to name a few.

In 2014, Nigel released his debut EP entitled ‘Gotta Get Away’. His smooth falsetto throughout the six track set, demonstrated his prowess as a creditable R&B singer in the UK music scene.

Nigel is currently performing regularly at top music venues around the United Kingdom with Sing Baby Sing, a vocal tribute group to the Stylistics

Her latest single, ‘Excuse Me’, also taking from Xtof’s Mixtape ‘Damian’, was supported by Jacqueline Shepherd on BBC London’s The Scene.

‘All Your Lovin” is now available across various music platforms. Check it out below…

With a sound that looks to pay homage to the smooth and romantic sound of 80s era R&B, emerging artist ZARA SYKES has shared her latest heartfelt swoon ‘Excuse Me’, featuring producer XTOF.

Speaking about the release, “This track is an ode to and paying homage to Zapp and Roger’s ‘Computer Love’. Both of us are children of the 80s who grew up listening to songs such as this along with the 90s R&B and hip-hop. We wanted to take a track like ‘Computer Love’ with all its technological prowess for its time, and to put a contemporary feel to it.”

After cutting demo tracks which were used by likes of R&B group Immature, Xtof – real name Christof Jennings – started his indie label SMOKINGSFORCOOLPEOPLE this year, where he released first single ‘Excuse Me’ and his first compilation album release, ‘Damian’ this summer. Have a listen to the epic track below…

Birmingham’s best kept secret JAYDONCLOVER graces the blog with a lyric video for her new single, ‘but my sister’, produced by long-time collaborator and fellow 0121 resident dylantheinfamous, and with a guest feature from Bel Cobain.

Blending R&B with lo-fi hip hop, ‘but my sister’ is a hazy summer song that evokes a perfumed boudoir, where Jaydon’s sisters attempt to dissuade her from lovers that they feel are beneath her, despite her insistence that looks aren’t everything. In her own words:

“Oftentimes I run my crushes past my sisters because I know they’ll always be honest, but most times they’re a little too honest! ‘but my sister’ is about the relationships I, and many others have with their sisters; we all just want the best for each other and if it’s not the best we will let you know. After having those sisterly chats with Bel over wine and cocktails, I knew she was the sister for this feature.”

Have a singalong to ‘but my sister’ below…

Having already showcased himself as a rich and passionate artist on a flurry of glittering singles over the years, UK emerging singer NIGELS HINDS is back on the grind once again with his powerful new release ‘Ghostin’’, taken from his 12 track Mixtape titled ‘Damian’, out now.

Produced by the enigmatic Christof Jennings aka smokingsforcoolpeople, ‘Ghostin’’ continues that fresh and dynamic R&B appeal he has been pursuing since his earliest beginnings. With his rich and soaring voice layered amongst a bold and oscillating production from start to finish, this new one sees him return with a flurry of heartfelt textures throughout.

Speaking about the new track, Nigel said, “‘Ghostin’ was written based on a personal experience that i went through. I have been the one to ghost and I have also been ghosted. I thought this would be something a lot of listeners could relate to as we have all experienced this at some point in our lives”.

Since learning to sing from the age of five, Birmingham native Nigel Hinds has always been one to explore different styles within his music. Usually focusing between gospel, soul, and R&B, he began his journey in his local Seventh Day Adventist Church. Singing amongst numerous choirs throughout his childhood, he is still showcasing his vibrant voice as a member of vocal quartet Sing Baby Sing.

‘Ghostin’ was released today (14th June), alongside his 12 track Mixtape titled ‘Damian’. Check out ‘Ghostin” below…

UK artist RICARDO WILLIAMS comes through with his first release of the year, ‘Cross The Line’.

With a more stripped back style Ricardo shows a new side to his R&B sound whilst still maintaining the sound he is known and loved for. ‘Cross The Line’ samples the emotionally charged song by Brandy ‘Borderline’ and uses it as the centrepiece to explore the relationship ‘no no’ of dating a friend. Not only does Ricardo showcase his sultry vocals on this track he also shows that his songwriting skills are a force to be reckoned with.

Ricardo says: “We all know how crazy living through the pandemic and lockdown were. I really took that time to reconnect with myself. Spend some real quality time with my family including welcoming my new baby girl into the world. It’s really given me perspective on life and now I can pour that back into my music. Cross the line is a product of that, me just letting go and creating with this new fire in my belly.”

‘Cross The Line’ is the lead single from Ricardo’s Intermission Deluxe album coming at the end of April. Have a listen below… 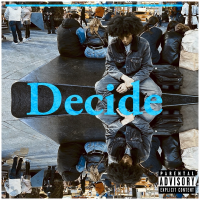 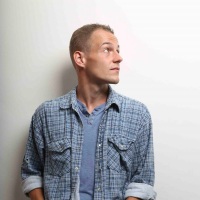