The latest single will appear on SNRK’s upcoming EP, ‘Born Deadly’, set to arrive next month (3rd April) and comes hot on the heels of  single, ‘Real Deadly.’

Next month, the guys will head out on their first ever U.S. headlining tour, which kicks off April 12 in Portland, OR and wraps up June 13 in Detroit.

‘Cops With Guns Are The Worst!!!’ represents a response to the current eviction notice that was served by the Unist’ot’en People to Coastal Gaslink in Northern British Columbia — Wet’suwet’en territory — and an expression of solidarity with the protests sparked by the eviction notice. Coastal Gaslink have proposed a 670-kilometer fracking gas pipeline to run through the mountains from Dawson Creek to Kitimat, BC. The proposal does not have the support of First Nations leaders and communities because the lands of British Columbia are unceded, meaning Indigenous people never sold or transferred the land to the Canadian government. The rightful land-owners should have control of what forms of industry happen on their lands, and as land protectors, Indigenous people are standing up to big business to protect the land and environment for future generations.

Protests have swelled across Canada, and protesters have come up against injunctions, police brutality, and heavy-handed tactics by the Royal Canadian Mounted Police. And yet, the movement continues to grow. SNRK’s music, in particular anthemic songs like “Skoden,” “KKKanada,” “Johnny’s Teeth,” “The Warriors,” and “The Resistance,” have been at the center of all of this, played at protests and incorporated into chants. SNRK wanted to offer a new song in response to the current anti-pipeline movement. “Cops With Guns Are The Worst!!!” highlights police brutality and the perseverance of Indigenous people in times of struggle.

Discussing “Cops With Guns Are The Worst!!!” and the anti-pipeline movement, Yung Trybez and Young D stated, “People close to us have been on the ground day in and day out putting their lives on the line to protect all our futures. We’re obviously frustrated by the lack of respect for Indigenous land rights and ownership, but watching the RCMP arresting our people for defending their land and protecting their territory, we felt rage. There’s such a long history of RCMP inflicting violence on our people and that rage boiled over into this song. ‘Cops With Guns Are The Worst!!!’ is a rager, and for us this was the only way to tell that story. We see the Indigenous youth leading the current blockades. They’re fighting not just for the future of tomorrow, but for the future of today. This song was made specifically for them.”

Check out ‘Cops With Guns Are The Worst!!!’ below…

The Northwest Kid (Gitxsan) and Travis Hebert aka Heebz the Earthchild (Cree/Metis) – otherwise known as MOB BOUNCE – get in-tune with nature for their brand new video for track, ‘Keys to the Forest’.

Just like their previous releases, ‘Keys to the Forest’ is deep-rooted in their cultures and ceremonies, coupled with the power of hip-hop culture from a contemporary Indigenous perspective.

Check out the video for ‘Keys to the Forest’ below:

‘Make Circles’ is the first single from their forthcoming EP, ‘Half Dreams’, set for release in the spring. In the meantime, check out the equally hazy visuals to their newest offering (HIGHLY RECOMMENDED) 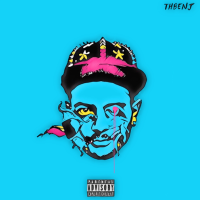 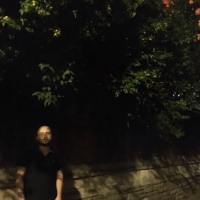 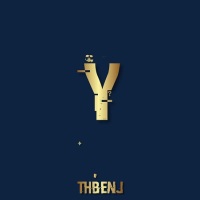