Picking up right where they left off on their self-titled debut EP, which was released back in the summer to rave reviews and strong support from tastemakers such as SoulBounce, Gigwise and SingersRoom, prolific Brooklyn neo-soul collective HERBIVORES  have unveiled their sophomore EP and second project of the year titled ‘Nightshades’.

Written by all four members, Bel-Ami, Reddaz, Misha Savage and Will Sacks, the EP invites you into a lush offering of featherlight neo soul paired with unmatched powerhouse performance.

Second offering, ‘Mama Nose’ stills retains their signature sound but the second-to-none vocal performance gives the arrangements a reggae riddim twist. ‘Boomerang’ possess a spirit of Southern soul: the confident guitar plucks leads the way in the track, later joined by the infectious bounce of the bass and gleeful trumpets, pulled together by gusty vocals that really hits the spot.

A bed of airy electronica-ish backdrop is added to their neo soul vibe in the latter part of the set, creating a real intimate and euphoric experience.

Now I’m ashamed to say that I’ve never heard of these guys before this EP – but I’m glad I did as the name Herbivores will be firmly on my radar for 2021. Have a listen to ‘Nightshades’ – I have a sneaky feeling that they’ll be on your musical radar too.

Must Listen: Walk Away

Mert Yıldız, the brainchild behind project RAIN TO RUST, continues to provide – and I quote from the man himself: ‘miserable music for miserable people’ – through his latest album, ‘Stillborn Flowers’.

Showcasing hazy and downtempo post-punk, which occasionally takes on the most sinister form of Darkwave (listen to ‘Died’ and ‘Dead Violets Night’) and 90s-style German Gothic rock influences (in ‘Marbled Sunlight’), ‘Stillborn Flowers’ also features remixes of singles (For When It Hurts, A Farewell With Regret and Time and Time Again) from previous album, ‘Flowers Of Doubt’ (2019). Originally an easy listening combo of soft pop/rock spanning of the 80’s, arguably similar to the seductive styling of Bryan Ferry, ‘For When It Hurts’ (TSU Remix) adopts a crisply light electro-pop tones, possessing the same tranquil tempo of the original.

With ‘Stillborn Flowers, Rain To Rust doesn’t fall short of filling the gap for those who yearn for the post-punk/new wave era. He also potentially leave his fans wanting more with dishing up something new with the remixes. Well I, for one, is left hanging for more as I now see him more than just a figurehead of the underground post punk/rock scene in his native Turkey.

Have a listen to ‘Stillborn Flowers below….

Must Listen: Died, Dead Violets Night, For When It Hurts (TSU remix)

JOSHUA LUKE SMITH‘s latest mixtape, ‘Beats And Pieces Volume Two’, stemmed from a difficult time when his wife and his father were in hospital – at the same time.

The result of his latest set could have been predictably dark and melancholic. Instead a soothing and comforting presence of soulful boombap runs throughout the best part of the collection, with Joshua’s lucidly smooth delivery adding some hope and optimism.

Tracks ‘Joy’ and ‘Circles’ provides another dimension to the set with intensively imitate arrangements, prompting the prospective listener to really home in and resonate with the message in each productions.

Now this guy has produced the entire mixtape under a month – he wrote the lyrics of each song in a hospital waiting room whilst being with his wife and father. Joshua gets my utmost respect as, in a time of distress, he produced a stunning collection that displays an unflappable appreciation for life.

‘Beats And Pieces, Vol.2’ should be a reminder to us all that there’s always light at the end of the tunnel…no matter how hard life gets…Check it out below… 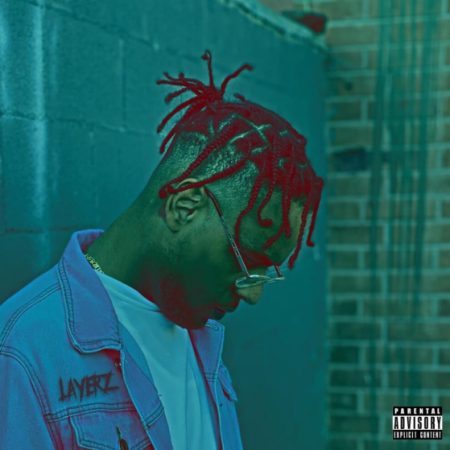 A build up to an infectious drive that he’s renowned for introduces KING BLITZ‘s latest album, ‘Layerz’, which smoothly shifts to different fusions of afterhours R&B/hip-hop, where at times blitz’s- and his line-ups’ – flow could travel as fast as a bullet.

Still keeping it on a chilled tip, Blitz introduces some trap-hop soundscapes in ‘Fonts’ and some old school vibes in ‘Pulpit’ both possessing a menacing drive, giving both tracks some real meat.

It’s hard not to like ‘Layerz’ as, from the start of the collection, it has what it takes to generate some serious heat among die-hard fans of hip-hop…add this badboy to your collection. Check out ‘Layerz’ below…

Two fries and a shake later, A1 bounces back with his third installment of his store run series – ‘Store Run 3′, released on New Year’s day.

Starting off with a sample from Alicia Keys’ hit ‘You Don’t Know My Name’ this mini set continues from the previous store run installments by encompassing a mixture of retro soul, 90s-inspired laid-back soulful R&B with a dash of slum village-esque boombap. The star of the show was the Brookyln’s native rapid-blazing flow ripping through the tranquil bars.

Check out ‘Store Run 3’ HERE and listen to a serious hip-hop contender who’s on a steady rise.