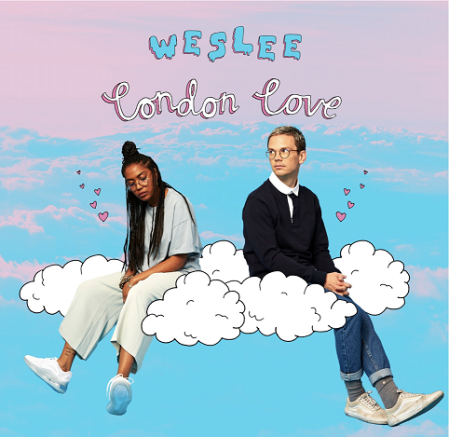 Having established themselves as the one of the most refreshing and uniquely dynamic acts in today’s international music scene, WESLEE have amassed over 25 million streams and performed for BBC Radio 1’s Annie Mac at her AMP event, where they were joined by Jessie Ware and Sunflower Bean, as well as Annie herself. The pair also performed on the mainstage of Brooklyn’s Northside Festival as well as Baby’s Alright for their live debut in the US.

First emerging with critically-acclaimed debut track ‘Gassed’ the duo garnered a wealth of support from industry heavyweights, with the track receiving the prestigious ‘Hottest Record in the World’ accolade from BBC Radio 1’s Mistajam. It also clocked in at #5 on the BBC Radio 1 Specialist Chart and received support from a wealth of BBC DJs, including Pete Tong, Danny Howard, Clara Amfo and Huw Stephens.

‘London Love’ cements WESLEE’s status as one of the most exciting acts in new music, and with more releases just around the corner, their career is very much still unfolding.

Check out ‘London Love’ below….

Danish experimental pop star KILL J has seen her early singles catapulted to No.1 spot on the Hype Machine’s ‘Most Popular’ and ‘Twitter’ charts.

Steadily putting out amazing singles and EPs over the years, the singer-songwriter and producer has already gained a legion of fans including The Guardian,The Fader, Pigeons and The 405, The Line Of Best Fit and Huck Magazine, whilst receiving airplays from the likes of Huw Stephens and Annie Mac on BBC Radio 1, Mamiko Motto on NTS Radio and even a spin on Zane Lowe’s Beats1, culminating in a live session from the BBC legendary Maida Vale Studio for Huw Stephens.

Fast forward to today, the art-pop muse is back with ‘Addicted’, the fourth offering from her forthcoming new album ‘Superposition’. The new cut, out 14th June via Nettwerkon , follows on last year’s fiercely political ‘Strange Fruits of The Sea’, the powerful ‘Dead Weight Soldier’ and the recently released ‘Silver Spoon’. The compelling visuals perfectly depict KILL J as the queen of indulgence and unrestraint wearing Trash Couture and Ann Wiberg couture dresses.

Conformity has never been KILL J’s trademark and she has never played by the rule book. Armed with her latest release, she only looks set to further her position as one of Scandinavia’s most exciting exports: a reputation that will be cemented with her upcoming new album, due on 7th June.

Watch the video for KILL J‘s ‘Addicted’ below:

Nottingham soul musician LIAM BAILEY is marching on with his highly anticipated comeback, already garnering support from Clash Magazine, Complex, BBC 1Xtra, Earmilk and SoulBounce, among others, as he gears up to release his fourth studio EP titled Brand New on February 1, 2019. Today, he double backs with the EP’s excellent second single ‘You Saw The Devil In Me’ and its accompanying visuals, premiered via Billboard.

Written by LIAM BAILEY and produced by frequent collaborator on this new project, Rich Cooper, whose previous production credits include work for Banks, Lucy Rose, Billie Marten and Tom Odell, ‘You Saw The Devil In Me’ is an introspective and thought-provoking piano ballad backed by minimalist yet stirring string arrangements and gospel choral backing vocals, over which LIAM BAILEY bares his heart out, about facing his inner demons.

The visuals for ‘You Saw The Devil In Me’ see Liam Bailey collaborating once again with James Beale, who directed the video for his recent single ‘Brother, Why You Gotta Love Her’ featuring Maverick Sabre. Beale also directed the visuals for Temples’ ‘Strange Or Be Forgotten’ and Lion’s ‘Self Control’, as well as previous work for Adidas, Meadowlark and River Island. Filmed in Bulgaria, the visuals are stripped back, and allow for the record to take centre stage and grip the audience.

From his debut EPs, which were released by Amy Winehouse, his UK top 5 single with Chase & Status, and his seminal debut album, to collaborations with the likes of Gorillaz and Salaam Remi, touring with Paloma Faith and Ellie Goulding, and support from Annie Mac, Zane Lowe and Jools Holland, LIAM BAILEY continues to be one of the finest voices and purest talents in British soul…check out the video below…

Since the release of single Warm last month,  alternative pop princess BECKY HILL has raised quite a few eyebrows.

Go check it out…and if you’re feeling this track, BECKY HILL will be headlining a show at The Scala (London) on 5th April 2017. Tickets available now via Tickermaster.co.uk and Livemation.com

After tearing up the airwaves with the original, COCO has just dropped the remix of Big N Serious featuring Nadia Rose and AJ Tracey.

Sheffield’s hottest property recently performed an epic freestyle on Kiss FM for DJ MK & Shortee Blitz. From ticking all of the right boxes with the music tastemakers, including dropping his explosive Fire in the Booth for BBC DJ Charlie Sloth, through to performing at Notting Hill Carnival and making his debut at Ibiza Rocks last year, COCO has bypassed the route of the recent ‘new generation’ of emcees to solidly construct his own lane.

Named as one of Annie Mac’s artists to watch in 2016 in Mixmag, he’s definitely on the tip on everyone’s tongue…check out the remix to Big N Serious. 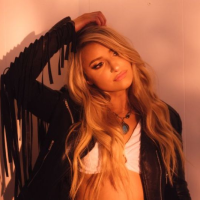 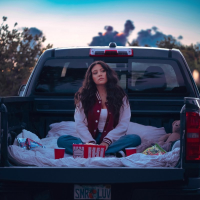