Award winning producer DWAYNE PATRICK started producing music at the tender age of 16, and after developing his craft, he quickly forged a name as a prolific producer, bagging an impressive list of credits on tracks with Ghetts, Wretch 32, Swiss (So Solid), Paigey Cakey and Kele Le Roc.

After joining JOAT Music Group (known for launching J Hus’ career) and singing a publishing deal with the UK arm of the influential Peer Music, 2020 sees the young beat-master step out as an artist in his own right to release music with no compromises. He announces this move with his first single as a solo artist ‘Keep Up.’

This R&B-chill track features vocalist Naye, who has added a shimmeringly wavy vocal to the track and beat, written and produced by Patrick, who sits a range of contemporary sounds from RnB strings, rimshots and synth lines on top of a banging bottom end. Lyrically, ‘Keep Up’ acts as a positive message and reminder to the listener to keep grinding and to always look forward, never back. Patrick adds: “I want to create music that people can have great experiences with while listening. I think we achieved that with this one.”

Outside of music, Dwayne Patrick is also CEO of the hugely successful ‘I CAN Project’, a community based project which deliver Self Development Programmes for young people. He has welcomed Rita Ora into the studio and also received a royal visit from Kate Middleton, the Duchess of Cambridge, who commended the value of the I CAN Project.

Have a listen to ‘Keep Up’ below…

‘FR33MND’ forms part of their forthcoming debut EP ‘CiiMATiX Vol 1’, set for release in May, and will be followed by their debut visual album ‘Sound Mind’ in the autumn. This is a great introduction to the guys…check out ‘FR33MND’ below…

Having topped the UK charts and performed on ‘Later… With Jools Holland’ before having released his debut album, ‘Good Things Come To Those Who Don’t Wait’, JOSH KUMRA suddenly found himself with a major record deal and under pressure to capitalise on the sudden exposure brought by his collaboration with Wretch 32 on ‘Don’t Go’. The single shot straight to #1 in the UK upon its release.

Most would assume this is the definition of ‘making it’ as a musician, but for Josh the unexpected publicity meant losing the original idea of ‘writing music from the heart’. He went on to admit: “Instead of having the time to perfect songs that reflected my life experiences and create an honest album, like I’ve always imagined, I felt vulnerable and lost against the many opinions and expectations from people around me”.

Stepping away from the rat race, Josh circles back to his true self to produce and record his latest single, ‘Stubborn Love’ a raw and honest piece which reflects the struggle of dedicating yourself to something for all the wrong reasons.

Available now on all download/streaming sites, ‘Stubborn Love’ is the first release Josh’s upcoming EP, ‘Pull Me Back In’ – slated for release in April.

Listed as one of The Independent’s ‘Ones To Watch’ for 2020, TIA CARYS fly kicks her way into the decade with her first offering of the season, ‘Figure Me Out’.

Making a mean statement of arrival, the record has been added straight onto Spotify playlists ‘New Music Friday’, ‘Rap UK’ and ‘We Move’ and follows on from her heavily supported and bold debut introduction ‘English x Ghana’, which dropped at the end of last year and awoke the UK music scene to her sound.

Evident from the outset on ‘Figure Me Out’, Tia Carys has an exceptionally refreshing aura and talent – at just 19-year-old! The production choice in itself breathes energy, intrigue and distinctiveness as the heady beat, skippy high hats and atenteben flute open this one woman show. Although a newcomer to the game, her confidence soars at level 100 as she delivers alternating flows that are something of a spectacle. Naturally switching between head spinning scattergun delivery and composed, deliberate punchline drops, her time spent dropping Instagram freestyles and building a loyal fanbase has all leant to her current arrival.

Growing her initial fanbase from Instagram by reworking tracks and freestyles from the worlds top artists including Drake, Fredo, Burna Boy, Nafe Smallz and Dave, it didn’t take long for the English/Ghanian rapper to catch the attention of Renowned, whose family she has now joined alongside Wretch 32 & Hamzaa.

Accompanied by sharp and polished visuals from collaborator Ray Fiasco, which see the rising star deliver a magnificently powerful performance, Tia says of the release: “English x Ghana was the introduction to who I am, now it’s time to Figure Me Out.”

The latest single is a gratitude song for those people who show up daily for us and the strangers we encounter who smother us with love and affection. In the accompanied production, Benny hooks up with a mysterious lady with promise of love and playfulness.

The UK R&B singer has previously collaborated with likes of Ghetts and Wretch 32. Bizzie has also received air play from DJ Ace (BBC 1xtra), Ras Kwame and Charlie Sloth. His previous second single, ‘More’ received over 11,000 streams on Spotify and over 50,000 views on YouTube.

Check out the video to Benny’s smooth sizzler below… 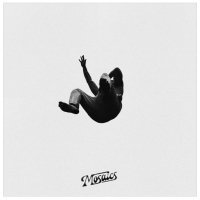