Already championed by a diverse set of influential platforms ranging from Complex to BBC 1Xtra to Spotify, as well as amassing over half a million streams on his first few single releases, Sub Blue teases his die-hard fans with his first single of the year, ahead of his forthcoming project ‘Wilfully Blind’.

Produced by Concrete Films and directed and conceptualised by Liam Broughton of The Playmaker Group, The visual for ‘Russian Roulette’ plays into this message, examining drug culture and self-destruction.

The three-minute production finds the youngster speaking about the ills of selfie and social media culture as well as narcissism over smooth mid—tempo electronic R&B production.

Check out this uber cool video for a slick single…

Rocking a seriously chilled R&B vibe, the youngster’s newest material covers the ills of selfie and social media culture as well as narcissism.

“It’s an exploration of the ills of social media, selfie nation and living a superficial lifestyle ”, SUB BLUE says,“It’s as though if there’s no picture or proof online, it didn’t happen. And people will do anything to chase those cyber likes…even if it means representing themselves and their lives in an exaggerated way. I’m in this every day so I wanted to do my own take on it as I feel these are real issues we are dealing with.”

‘Take A Picture’ was produced by acclaimed emerging producers A.V & Sir Dylan during a recent studio run while SUB BLUE was in L.A. The two California-based producers – who between them have worked with the likes of Frank Ocean, Solange, The Weekend and many more – found a true creative vibe with the kid from North-West UK.

Time to check out ‘Take A Picture’…

Relentless in both his honest lyricism and heavy delivery, AYSTAR has shot to the top of the Scouse rap masters. The release of his brand new mixtape ’Scousematic 2’ coincides with the video release of the video ‘Kop That Shit’, which dropped exclusively on P110’s channel and has already close to 100,000 views just 48 hours in. ’Scousematic 2’ has entered the iTunes Hip Hop/Rap Album charts at number 8 (currently at number 10) and charted at number 42 (currently at 100). The hypnotic string-led instrumental of ‘Kop That Shit’ compliments his smooth yet robust flow and his perceptive lyrics paint a vivid picture that drops into the sing-a-long hook.

The UK rap landscape in the last few years has notoriously been redefined and what used to be a London centric scene has now rippled through the UK to discover talent from all of its corners. Hailing from the North-West, AYSTAR is among the likes of Bugzy Malone, Mist and Coco representing the sound alongside a standout accent. He first launched onto the scene with his notorious YouTube freestyles and diss tracks, which went onto catch the attention of fellow rap stars such as K-Koke. Taking AYSTAR under his wing K Koke invited him down to London to work on music and join the collective USG, concluding to the infamous SBTV cypher featuring K-Koke, Geko (Manchester) and a young Aystar. He also caught the attention of Giggs who later featured him on ‘The Best’ taken from his Landlord album.

Receiving acclaim from The Guardian they featured him in an article commending the northern rap scene-‘“Why doesn’t everyone rap in scouse?”. As well as BBC Radio 1 and 1xtra’s Charlie Sloth who gave him the platform to showcase his talent on the legendary Fire In The Booth and he later featured on Charlie Sloth’s album ‘The Plug’ among artists such as Ghetts, Fredo, 21 Savage, Giggs, Abracadabra and many more.

AYSTAR has now grown to become the voice of the Liverpool’s urban youth and has helped pioneer the movement to get Liverpool on the map. His latest project ‘Scousematic 2’ is guaranteed to create further kudos and awareness as his reach to both national and international heights continues.

Check out the video for ‘Kop That Shit.’ 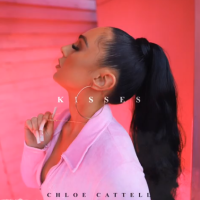