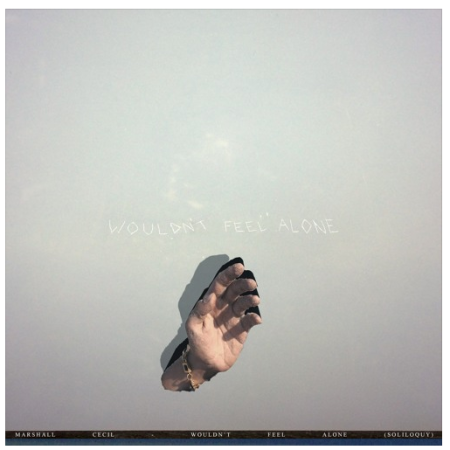 Speaking on the track, the lead singer and songwriter explains; “It’s a self-examining conversation with myself that spins out of control and ends in a cathartic rap. It’s a song open for interpretation but for me, it’s about the relationship between excessive self-examination and loneliness.”

Addressing social isolation, a phenomenon increasingly common in an era where the physical is being replaced by the digital, the visuals feature auto-fictional elements including iPhone clips, personal footage from the trio’s recording sessions and live shows, alongside more intimate images showing a glimpse of the lead singer’s daily life.

Born from a close collaboration between the band and directors to create a visual story that draws from the song’s deeply afflicting and raw lyrics perfectly depicting “loneliness, this complex and unpleasant emotional response to isolation,” explains Daniel, talking about the concept behind the song and video. “We’re exploring loneliness while being surrounded by people. Sometimes the answer to our isolation is right in front of us – companionship – but we’re usually too busy finding the answers within ourselves. The song and video are not an answer to this problem – rather an abstract depiction of it’’.

Having made their mark on the international music scene with a series of enthralling singles and videos, gaining praise from the likes of Vice/Noisey and Clash Magazine, and notching up memorable live performances at some of the biggest international festivals including Reeperbahn and Roskilde – MARSHALL CECILl is not like any other band out there. Using their individual production skills, fusing elements from r&b, pop, hip-hop, with ‘Soliloquy’ they created a unique and potent music formula, one that is both triumphant, forward-thinking and touching at the same time.

What I’ve always perceived of Art – pop songstress KILL J is that she is one of the few artists who truly pushes the boundaries and places pop music to another level, often with jarring and industrious bass line and contrastingly light tones.

Her latest album, ‘Superposition’ predominantly continues with the combo, but more stripped back, making those airy soundscapes barely audible, allowing (at times) the boisterous drive and quirky rhythmic tones to shine through.

Singles, ‘Second Chance’ and ‘Stutter’ breaks the album’s main theme with a full-bodied production, thanks to the industrious foundation and electronic backdrop. Often feathery light, KILL J‘s lets go of her secret weapon and provides those breathtaking moments through a touching ballad, ‘Moon Sick’ and piano-led, ‘This Is It Rowdy’, where her octave vocal range really brings both arrangements to life.

Although it’s more minimal than what I expected, ‘Superposition’ does provide interesting moments (for example, the rhythmic tones that resembles a raindrop, through ‘Cloud Chamber’). Furthermore, the album perfectly showcases her killer vocals…something I’ve never noticed before in her previous releases.

Have a listen to the album below:

Must Listen: Second Chance, Stutter, Moon Sick, This Is It Rowdy

Danish experimental pop star KILL J has seen her early singles catapulted to No.1 spot on the Hype Machine’s ‘Most Popular’ and ‘Twitter’ charts.

Steadily putting out amazing singles and EPs over the years, the singer-songwriter and producer has already gained a legion of fans including The Guardian,The Fader, Pigeons and The 405, The Line Of Best Fit and Huck Magazine, whilst receiving airplays from the likes of Huw Stephens and Annie Mac on BBC Radio 1, Mamiko Motto on NTS Radio and even a spin on Zane Lowe’s Beats1, culminating in a live session from the BBC legendary Maida Vale Studio for Huw Stephens.

Fast forward to today, the art-pop muse is back with ‘Addicted’, the fourth offering from her forthcoming new album ‘Superposition’. The new cut, out 14th June via Nettwerkon , follows on last year’s fiercely political ‘Strange Fruits of The Sea’, the powerful ‘Dead Weight Soldier’ and the recently released ‘Silver Spoon’. The compelling visuals perfectly depict KILL J as the queen of indulgence and unrestraint wearing Trash Couture and Ann Wiberg couture dresses.

Conformity has never been KILL J’s trademark and she has never played by the rule book. Armed with her latest release, she only looks set to further her position as one of Scandinavia’s most exciting exports: a reputation that will be cemented with her upcoming new album, due on 7th June.

Watch the video for KILL J‘s ‘Addicted’ below:

Danish six-piece ARTIFACT COLLECTIVE  have released their third single ‘Time For This’, infused with languid R&B and brash indie rock.

Talent continues to emanate from the north of Europe, and ARTIFACT COLLECTIVE are no exception to this rule. The young group of twenty-year olds write, arrange, record and design every track they produce, and their most recent release proves their indisputable musical expertise.

Have a listen to ‘Time For This’ below:

Hook-driven electro pop-beats accompany a warm and impassioned Scandinavian voice as Copenhagen-based duo YOUNG TIGER (aka Emma and Rasmus) make their debut with their striking single ‘When You Leave’.

A lyrical universe is set for discovery as Swedish-Danish Emma maps out, word-by-word, the factors coming into play in the relations between lovers, delivering a melancholic, yet hopeful lyrical search of making sense of a world where love is a game and words are often wrongfully interpreted, leaving us in longing and despair.

YOUNG TIGER was founded in a loft in New York in October last year. While Rasmus spent his teens playing punk music before he started producing, the enchanting vocal capabilities of Emma were laying their roots within the jazz and folk scenes. However their collision course was on track and when they finally impacted, they joined forces to create undeniably catchy music laced with cinematic and melancholic elements.

Now set to make their debut to the world, YOUNG TIGER collaborate with the Danish producer Simon Littauer and British songwriter Wolfie for the mesmerizing ‘When You Leave’.