Emerging from the ranks of Manchester’s finest, multi-talented rapper and producer ABORMAL SLEEPZ‘s single ‘Questions’, featuring Lancashire artist/choreographer Blackhaine, captures a real raw, dark energy; a sound not heard from Sleepz before. The single is taken from his upcoming mixtape ‘The Meditape III’ which features the likes of HMD and SLEAZY F.

Rapidly solidifying his name amongst the echelons of Manchester excellence, Abnormal Sleepz has consistently combined his distinct musical palette with introspective lyrics in each one of his releases.

Spending years crafting his signature sound, the blend of his love for Hip Hop, Soul and Grime resulted in the release of his first solo mixtape, ‘The Meditape’ in 2015, followed by ‘The Meditape II’. Taking his own artistic inspiration from Ab – Soul, Erykah Badu, Curren$y, Wiz Khalifa and Kendrick Lamar, Sleepz went on to release his debut LP ‘Kaleidoscope’ with The North Quarter in 2019.

On top of this, his extensive production skills has led him to produce for Misha B, Ayo Britain and Pip Millet; his recent campaigns with Wray & Nephew, Flannels, JD Sports and Timberland further demonstrating his versatility as an artist.

Bold in his outlook, effortless in his delivery, Abnormal Sleepz is the Mancunion creating a voice for the next generation and with his unique collaboration with Blackhaine, ‘Questions’ is an experimental force to be reckoned with. Check out the video for the epic track below…

CHIN INJETI continues to heal and uplift through the power of music with his latest single ‘Golden.’

Co-written with producer/writer Brian West and featuring on going collaborators Thieves Like Us, ‘Golden’ delivers a touching message of self-forgiveness and redemption.

“I’ve come to know so many people that are in deep depression, that have been abused when they were younger, that for some crazy ass reason carry a lot of blame with them,” says the multi-Grammy and Juno Award-winning artist.

More than simply recognizing those who struggle with these heavy burdens, ‘Golden’ is a modern hymn of hopefulness. “This is a message to tell those people that there is a good place, a safe place, a place of peace, a place where they can start over again,” explains Injeti. “There’s no reason to carry this weight because the truth is we never get rid of our demons. We just need to learn to live above them.”

‘Golden’ follows Chin’s self-love anthem, ‘For The Love Of Life’, featuring Vancouver rapper Teon Gibbs. Check out the music video for the latest therapeutic single below

As the BBQ season is rapidly coming up, I thought I slip through this laid-back, summer-ready banger, ‘Slide With Me’ by Canadian singer-songwriter/rapper B.ROB.

Featuring a melodic harp working in harmony with the 90s-inspired R&B sample, the single captures the fun and vibrancy that the hot season brings – but until then, why not check out the official video for the single below…oh, and don’t forget to add this sizzler to your playlist for those summer party nights.

As this is the day for reflection and gratitude, I thought I would share with you JOSS BARI‘s second single, ‘Give Thx’.

Sporting a laid-back (almost) afterhours vibe with sporadic electrifyingly tones, which gives the whole production some added spice, ‘Give Thx’ could be described as kind of a gospel song, where the French soul crooner express his gratitude for music being his saving grace.

Check out the music video for ‘Give Thx’ below. The track will form part of his upcoming debut album, ‘French Lova’, a melodic collection of hip-hop and contemporary R&B.

Joining forces with long-time collaborator Massappeals on production, the powerful yet dynamic instrumental on ‘All That Matters’ by Nottingham’s finest SNOWY, smacks you in the face and lets you know the GREEZE is here. First written and recorded in 2018, ‘All That Matters’ hasn’t been released until now and still sounds brand new. Snowy’s relentless flow and brash lyrics coupled with Massappeals’ energetic instrumental brings a refreshing 2021 take to the Grime genre. The duo made the record with one goal in mind – great music stands the test of time.

With the pandemic putting the brakes on the music industry at large, Snowy has kept up the momentum, continuing to release music and lending his versatility to many different genres throughout 2020. Funky House smasher ‘Honey Riddim’ with ‘Murder He Wrote’ went back in to the charts 18 months after release and the Dead Beat UK Bassline remix has been dominating dance playlists across streaming services. Drum and Bass ‘Wicked & Bad’ EP with Sam Binga, Hyroglifics and Riko Dan gained international recognition alongside a vinyl release and ‘Butterfly’ is still lighting up raves globally after its digital and vinyl release by underground pioneering label SWAMP81. During this time Snowy has also started his #STR8DROPS series including singles such as Nile Ranger, FOCUS which was featured in New Music Friday and 26 Personalities which helped raised money for the Minnesota Freedom Fund.

This sparse yet frenzied single (part of forthcoming EP release) brings Snowy back to his Grime roots and is here to show that everything else is noise, having bangers is ALL THAT MATTERS. Check this bad boy out below… 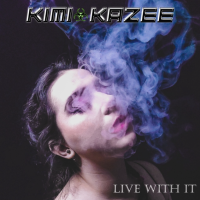 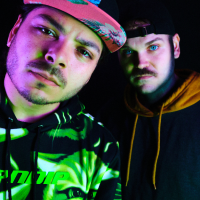 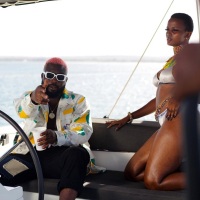 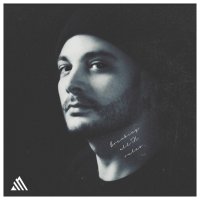 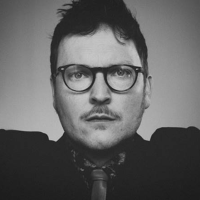 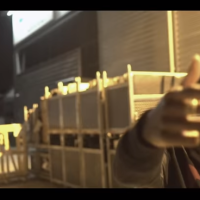